You are here: Home>History>No. 30 High Street 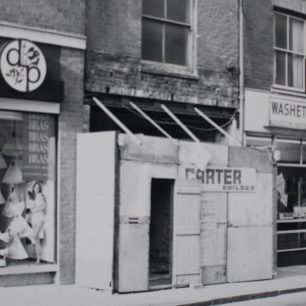 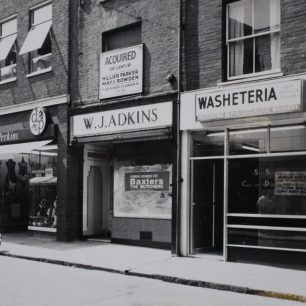 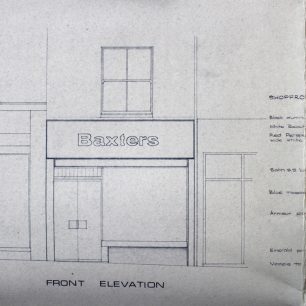 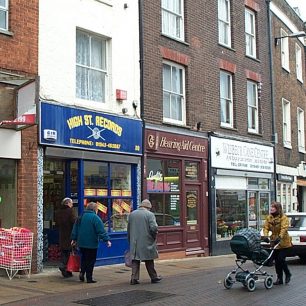 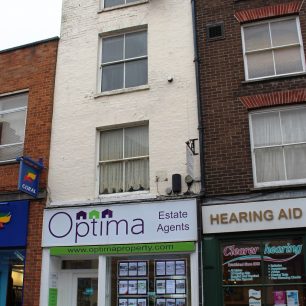 No. 30 High Street is a narrow four storey building with shop front at ground floor.

One of the earliest names associated with this High Street shop is Boyce Cave. Mentioned first in the 1850 trade directory, Boyce Cave & Co was a grocers, tea dealers and provision merchants trading until at least 1865. In the Post Office Directory of 1869 the grocers was being run by Samuel Boyce Newling.

By 1870 milliners Wyatt & Smyth had taken over the shop at No.29 and by 1883 grocer Benjamin James Webb was registered there.

In 1896 the shop became an ironmongers ran by Alfred Rose who by 1904 has changed his trade to a butcher! H.D Cosway takes over the butchers by 1911 and John Spikings Johnson is running the shop by 1916. In 1932 H.D.Cosway and Sons are back at No 30, and are still there by 1940-1 at the time the trade directory is published.

Photographs from the early 1960s show Winton Smith at No 30.

A planning application was submitted by Baxters Butchers in 1969 to install a new shopfront. The architects drawings submitted with that application along with some existing photographs from the time are held by Fenland District Council. These show the proposed new shop front which can be assumed was installed as well as the layout of the inside of the building at that time. The photographs document the removal of the previous shop front as the new was installed.

By 1989 the shop was M Cole, grocers and by 1993 the shop was vacant. In 2001 High Street Records was trading from No 30 and the shop is currently an estate agents.