You are here: Home>History>No. 5-6 High Street 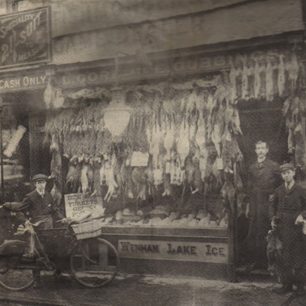 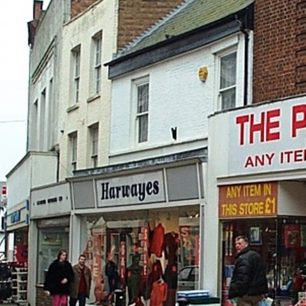 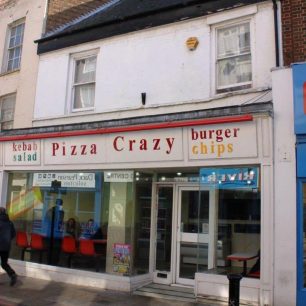 No. 5-6 High Street is a two storey building with a modern shopfront with a partly re-built first floor with historic and distorted brickwork to the south end.

Like many High Street shops, this building has had a variety of different uses. Records suggest there were two separate shops trading here from 19th century until the early 1940s.

Trade directories and a valuation book dating from 1850 and 1869 reveal that the shop was a confectioners during this time run by Ann Stimson, a pastry cook. The 1861 census suggests she was living above the shop and other occupants included her son-in law who was a cabinet maker, her daughter who was an upholsterer and her niece, a pastry cook. The shop owner however was a Joseph Waller. By 1883 Harriet Maria Bradley, a pastry cook had taken over the shop and she traded there until at least 1904. By the 1930s George Cope, stationer had taken on the premises and Trade Directories show he was still there in 1940-1.

Records referencing No 6 High Street go as far back as 1823-4 in which a trade directory lists Edmund Waller, a patten maker and seller and a glass, china and earthenware dealer at this address. The Waller family appear to have continued trading until 1870 when John Gubbings, a fishmonger is listed at the shop. The Gubbings family continued to sell fish here until Lucas Gore took over in 1911. A photograph from 1912 shows the sign above the shop as “L.Gore and E.Gubbings”. The last record found of Lucas Gore is in a trade directory of 1953.

An advert dating to 1956 reveals the shop was a ladies clothes shop called Harwayes.

Records supplied by Fenland District Councils Conservation Team include images of the shop in 1989 when it was Harways, listed as 5 and 6 who were still trading in 2001.