You are here: Home>History>No. 2-3 High Street 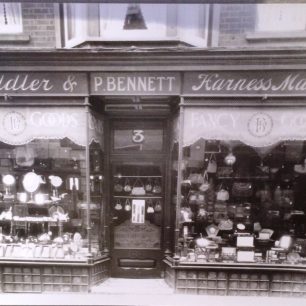 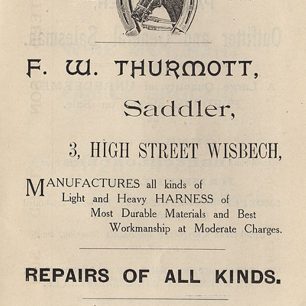 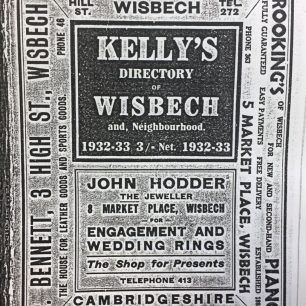 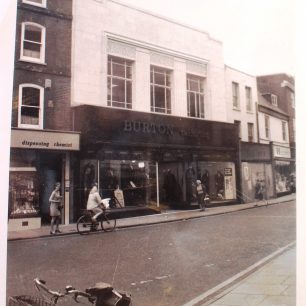 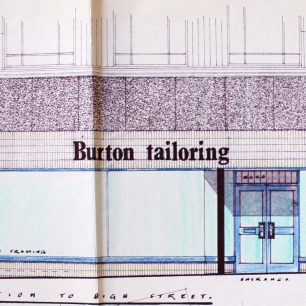 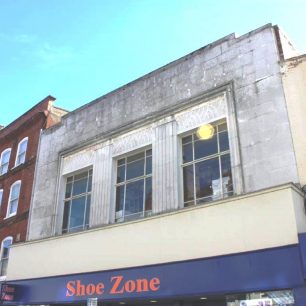 Nos. 2-3 High Street hint at an elegant past, its upper storey exhibiting Art Deco detailing above the modern shopfront.

Prior to the current building, historic photographs suggest two late 18th/early 19th century buildings were on the site previously.

The earliest trade directory consulted dates to 1830 which suggests the building was occupied at this time by a silversmith and jeweller called Antonio Mantegani. Census data and trade directories suggest the Mantegani family continued to trade from a building in this location until at least 1896 when John Mantegani is listed as a clock and watch maker.

By 1904 Alfred Bates has taken ownership or occupation of the shop where he’s listed in Kellys Trade Directory as a “Grocer and Provisions Dealer” and by 1911 Hanry Hansed has taken over as a “fruitier”. In the 1930s, Turner and Sons, photographic artists, gramophone and record sellers were trading on the site.

Robert Wright, harness maker is listed in the early trade directories and census records between 1840-1870 at No 3 High Street. Saddle, harness and leather goods dealers continued to occupy the building until the 1930s. William Barham, saddler was there in the 1880s and 1890s and William Thermott from around 1900 to 1919.

From the late 1930s/early 1940s until at least the 1970s, Burton Montague Ltd (later Burtons) were at No 2-3 High Street. Early planning documents held at Cambridgeshire Archives include an application for the laying of the foundations for the Montague Burton Store, submitted in 1936. This shows that the current building was one of the many purpose designed and built premises for the expanding retailer and constructed in a recognisable Burtons style by one of their in-house architects.

Plans from Fenland District Council planning department show proposals for alterations to the shopfront were submitted in 1970.

Internal inspection of the first floor reveals surviving wood panelling on the walls and original shelving from the days of Burtons when the first floor was used for gentlemen’s suit fitting.

Shoe retailers Stead and Simpson occupied the building from the 1980s through to early 2000s. The shop is now Shoe Zone.