You are here: Home>History>No. 32 High Street 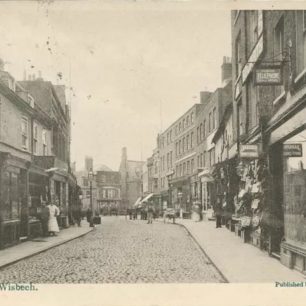 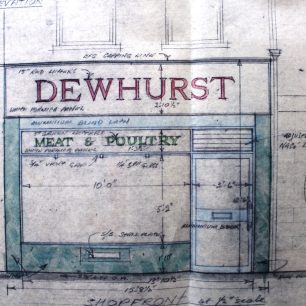 Architects proposed drawing for new shop front at No.32, 1969
from FDC planning files 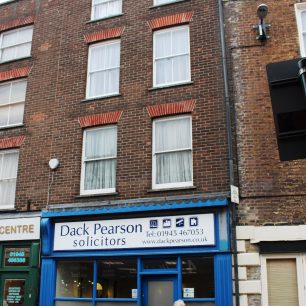 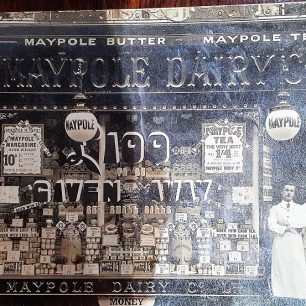 No. 32 is at the market end of the High Street and adjoins the Rose and Crown Hotel. It is a four storey building with shop front at ground level.

The shop is remains a tailors for several years after, run by James Raw from 1870 until at least 1896 by which time he adds hatter to his list of services. The shop remains a tailors run by Frederick Glenny from 1896 and by Robert Thomas from 1904.

A postcard dated c.1905 shows a large 19th century shop front and above it a sign advertising the availability of a public telephone.

By 1916, Kellys Directory lists the Maypole Dairy Co. Ltd, butter merchants at No. 32 who remain at the property as grocers until at least 1940-1 according to the directory of that year.

Photographs from the 1960s show Coombes Shoe Repairs had taken over by this time. Planning documents held at Fenland District Council show proposed plans for a replacement shopfront submitted in 1969 by Dewhursts Butchers. An architects drawing for the application shows the proposed shop front. A new shopfront with a more historic character has since replaced this one.

Photographs from the 1980s show Dewhursts were still there at this time and by 2001 it had become the Wisbech Cane Centre. The building is currently empty having recently been occupied by a solicitors.