You are here: Home>History>No. 22 High Street 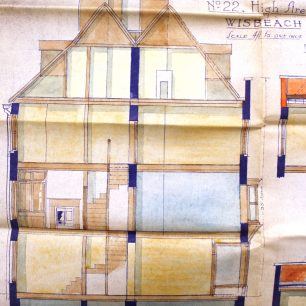 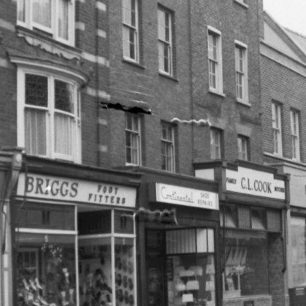 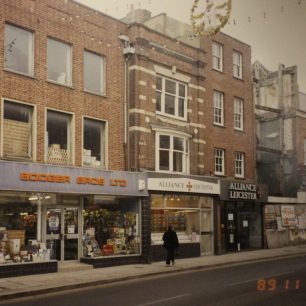 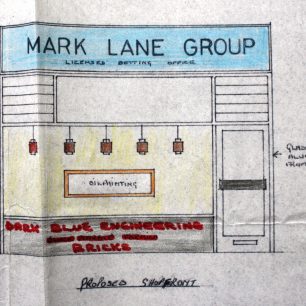 Architects drawing for proposed alterations, No. 22, 1970
from FDC planning files 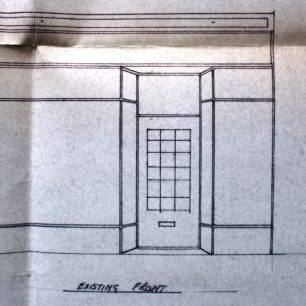 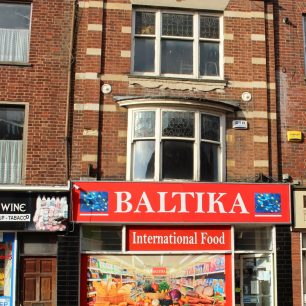 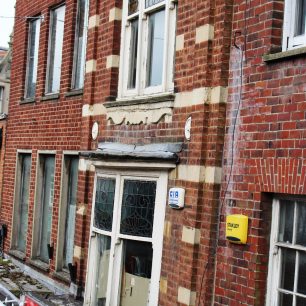 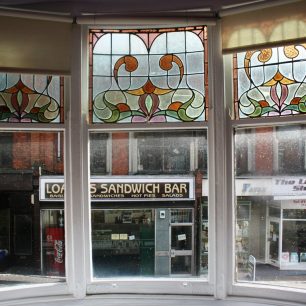 First Floor window viewed from inside No. 22
Taleyna Fletcher

This is a three storey building with shop front and detailed stone and brickwork on the High Street elevation. There is an attractive projecting bow oriel window at the first floor with three sash windows with stained glass to the upper sashes.

In 1840 the shop was occupied by Arthur Lock, a boot and shoe maker and census data from 1871 reveals he lived there with his wife Elizabeth, daughter, an apprentice and a lodger. Arthur Lock continued to operate at No. 22 until at least 1879.

Kelly’s Trade Directory from 1873 lists the occupant as Sarah Clarke, fancy repository and by 1881 the shop was occupied by William Trolley, master shoe maker (apprentice to Arthur Lock in 1871) with his wife Sarah, her father William Kirk and 10 children!  In 1911 it had become Salter and Salter boot manufacturers and by 1916 it had become Briggs & Co. Boot and Shoe Makers who remained there until the 1960s.

A planning application to replace the roof submitted in 1943 included a detailed drawing showing the cross-section of the building at that time.

Another planning application was submitted in 1970 to replace the existing shop front by Mark Lane (Turf Accountant). Architects drawings of the existing and proposed shop fronts were found within Fenland District Councils Planning archives.

Photos from FDC Planning files also show The Alliance and Leicester Bank had moved into No. 22 by 1989 until at least 2001 by which time it had become Party Time. The shop is currently an International Food store.