You are here: Home>History>No. 1 High Street 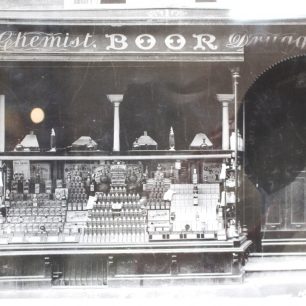 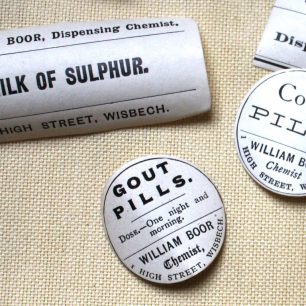 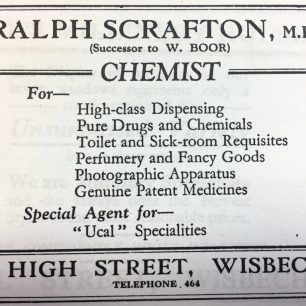 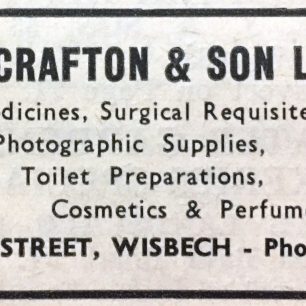 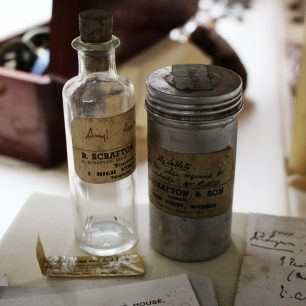 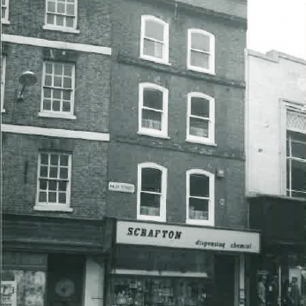 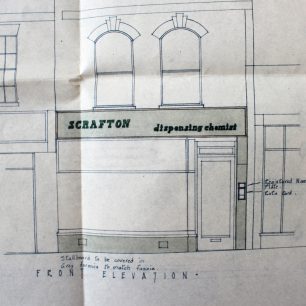 Architects drawing of proposed elevation in 1969
From FDC Planning Files 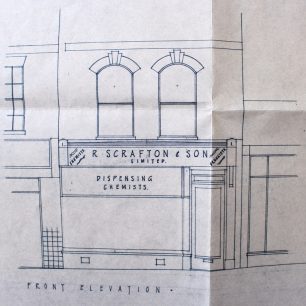 Architects drawing of elevation in 1969
From FDC Planning Files 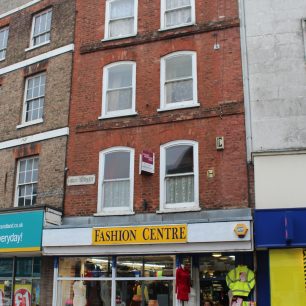 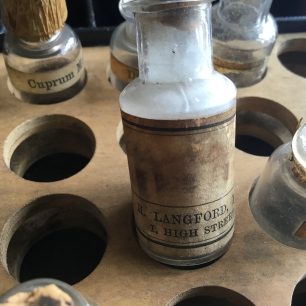 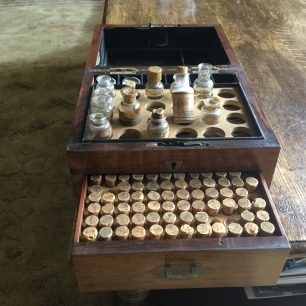 Despite the modern fascia board, No 1 retains some elements of a late nineteenth century style shopfront, and its brick elevation above with ornate cornicing also retains its original timber sash windows.

Trade directories reveal the building was occupied by a chemist as early as 1860 when Henry Langford ran a chemists from No.1. Kellys Directory lists William Boor, chemist trading from the premises by 1883. Directories show that William Boor continued to trade as a chemist and druggist until at least 1916.

The shop continued as a chemists with Ralph Scrafton taking over from Boor. Records from the 1930s through to 1960s show Scraftons still in business.

Items including bottles and labels are currently on display at the Wisbech and Fenland Museum relating to Boors and Scraftons. Other displays relating to historic shops in the area are well worth a visit.

Planning documents held by Fenland District Council show alterations to the shopfront and signage were made by Scraftons in 1969.

In May 2020 a retired GP from Sheffield kindly got in touch to share some images of a medicine chest which he had inherited from a former practitioner. The chest included some wonderful chemists bottles from the C19th including one with a label on from “W. H. LANGFORD, Dispensing Chemist 1, High St, Wisbech”. How the chest made its way from WIsbech to Sheffield remains a mystery but how wonderful that the little glass bottle has survived for so long!