You are here: Home>History>No. 31 High Street 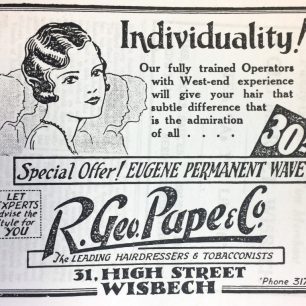 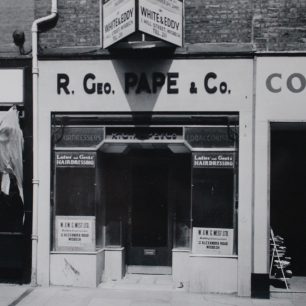 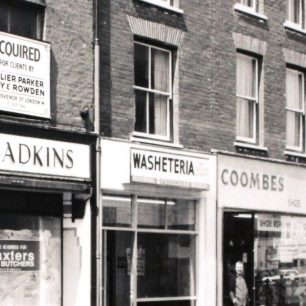 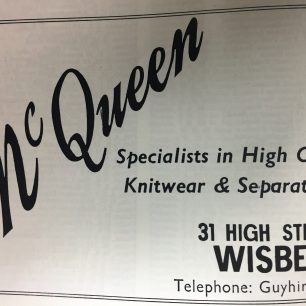 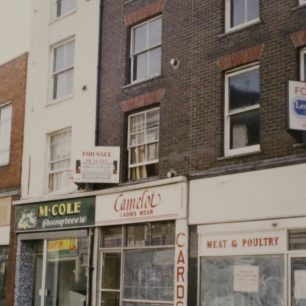 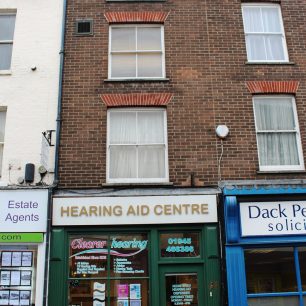 No. 31 High Street is a four storey building, probably dating to the early 19th century.

The earliest name associated with the building is John Harrison, a butcher who is listed on the High St in an 1823-4 trade directory. The shop appears to stay in the Harrison family being occupied by Marshall George Harrison, also a butcher in the mid 1850s and by John Harrison, his wife and servant on the night of the 1861 census.

A valuation book held at the Wisbech and Fenland Museum dated 1865 lists the owner of the house, shop and yard as Jackson Goddard but the occupier as Cobb. This is presumably Sarah Ann Cobb who is has a baby linen warehouse here in 1869.

The 1870 trade directory indicated the shop was occupied by Robert Wright, a saddlers ironmonger and  harness maker who also occupied No 3 at this time. However the 1871 census shows it was lived in by William Cobb, grocer with his wife Sarah (who presumably ran the baby linen warehouse here in the previous year), their four children, an assistant and two servants.

In 1904, Stuarts Ltd, a boot and shoe makers occupied the shop, managed by J. Harding.

An advert found Veals Directory reveals the shop was occupied by McQueen, “Specialists in High Class  Knitwear and Separates” by the late 1970s.

Historic photographs show the shop was Camelot Ladies Wear by the late 1980s and for at least the last 18 years it has been The Hearing Aid Centre.