You are here: Home>History>No. 18 High Street 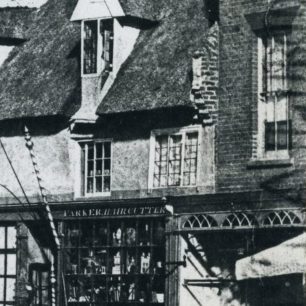 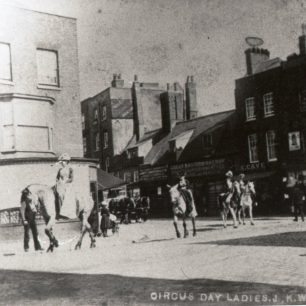 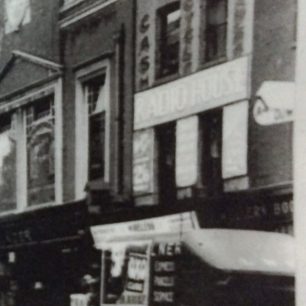 No 18 High Street, 1920s
from Wisbech and Fenland Museum 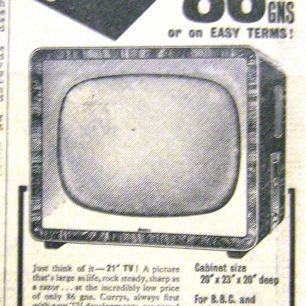 In 1830, according to the local trade directory, No, 18 High Street was a butchers shop, run by James Shepherd.  One of the earliest known photographs of the High Street held at the Wisbech and Fenland Museum shows J Shepherds shop in 1854. The Shepherd family continued to occupy No 18 until at least 1879 with Benjamin and later Mary-Ann taking over.

Kellys Directory of 1883 reveals that the shop was occupied by William Ream, builder at this time. By 1896 the shop had returned to a butchers again, managed by Charles Cave and it was still a butchers in 1904 run by Hugh Foster. A photograph dating from 1891 showing the Circus Day in the town clearly displays the name C. Cave.

In 1911 Columbus Goods Co. Cycle Makers moves into no 18 and by 1916 Currys Cycle Co. cycle agent had taken over the shop. Historic photos and trade directories indicate Currys continued to trade there until the 1960s. An advert in the Wisbech Standard dating to 1956 reveals Currys were renting/selling televisions by this time.

Historical photographs from the late 1960s/early 1970s reveal the building was used by Clement Clarke Opticians at this time and from the 1980s until recently there was a Pet Shop trading at No 18. Today it is a tanning salon.