You are here: Home>History>No. 29 High Street 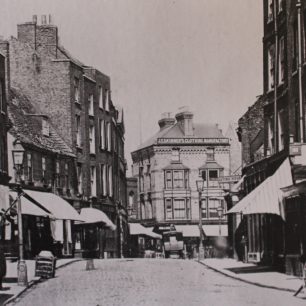 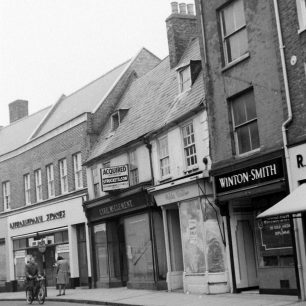 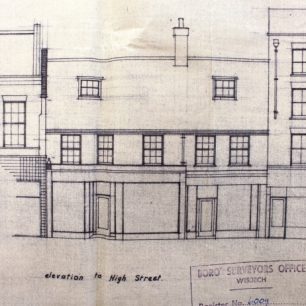 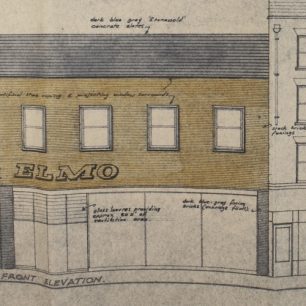 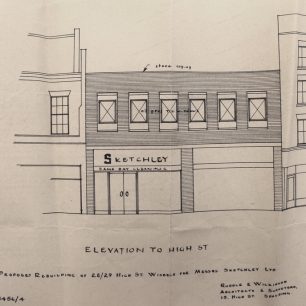 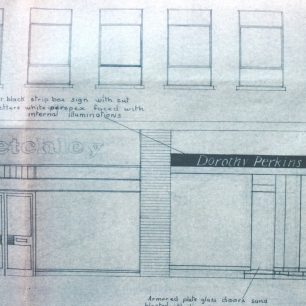 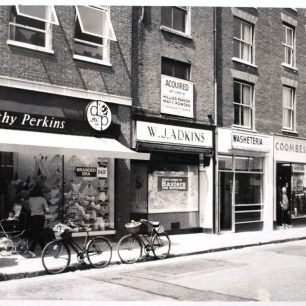 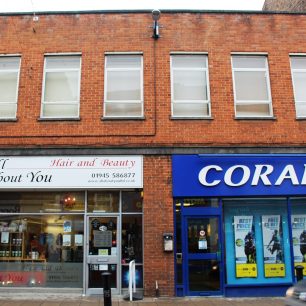 The building which currently occupies no.s 28 and 29 High Street is relatively modern, dating to no earlier than the early 1960s. The building which stood on the site previously was a much smaller building compared to those surrounding it, comprising just two storeys with two dormer windows. This building can be clearly identified on a number of historic photographs and postcards dating from the 19th century right up until the early 1960s.

Early records relating to No.29 show that it was a boot and shoemakers run by James Wing and later Sarah Wing from at least 1840 until  1871.

Kellys Directory of 1883 lists both James Yates as operating a boot and shoe warehouse as well as William James Wright, solicitor at no. 29. This may suggest Wright was using offices above the shop or that James Yates was only making boots and shoes from a warehouse at the rear.

Cliff & Co. outfitters and hosiers are the next name found listed with this shop in the 1904 and 1916 Kellys Directories and by the early 1930s the shop has become occupied by George Deacons drug store until at least 1940-1.

Photographs from the early 1960s show the shop as vacant having then recently been called “Hylda Walker”.

In 1963 a Planning Application was submitted on behalf of Elmo Stores Ltd to demolish the existing building on the site to erect a supermarket at 28-29. An architects drawing of it prior to demolition was found amongst the planning documents. It appears that the supermarket was never actually built as another planning application was submitted in 1965 for “Rebuilding of 28/29 High Street” for Sketchley Dry Cleaners.

Planning documents held by Fenland District Council reveal an application was submitted in 1966 by Dorothy Perkins to install a new shop front for the unit at 29.

Another application was submitted shortly after in 1972 by A Fowler & Sons, Mothers Pride Bakery to install a new shop front indicating a change of owner/occupier at this time. The architects drawings of the proposed new frontage indicate what was likely to have been accepted and installed at that time and a bakery/café was opened soon after.

Photographs from FDC conservation teams files from 1989 show Sarah’s Self-Service Restaurant was trading at No.29 in 1989 but the shop was vacant by 1993 and a temporary discount store in 2001.

No 29 is currently a betting shop.