You are here: Home>History>No. 11 High Street 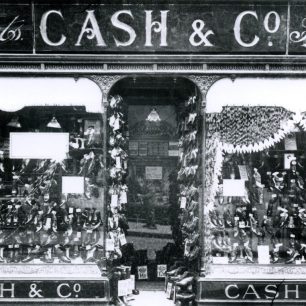 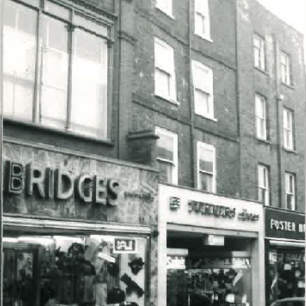 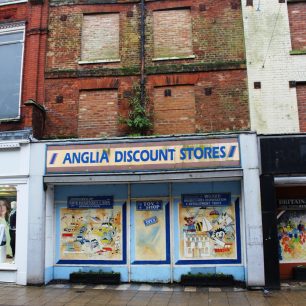 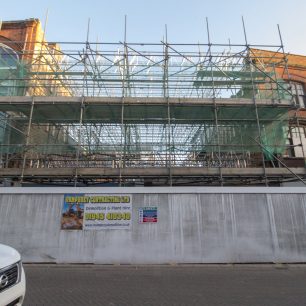 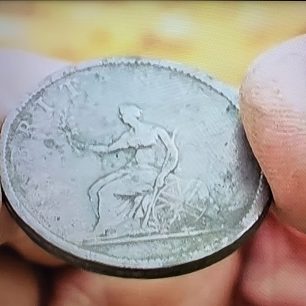 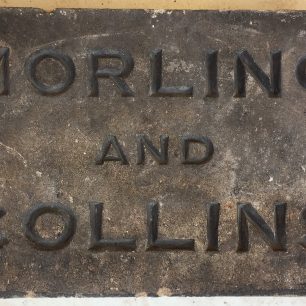 The remaining structure of No. 11 High Street was demolished in 2020 due to its dilapidated state which was considered beyond repair following years of neglect and vandalism. The previous building was thought to have dated to the 18th century, constructed from reddened local brown brick comprising four storeys with brick bands between floors. During the demolition works a penny was found within the mortar of the brickwork on the façade which dated to 1806. This was probably deliberately placed by a bricklayer at the time and provides a reliable date for the construction of this building or part of it.

The earliest evidence for occupation so far comes from a trade directory from 1823 which lists William Morling, perfumer and hairdresser at this address. In 1840 another directory lists John Collins, glass dealer at this address. The shop seems to stay with the Collins family selling china and glass until the end of the 19th century.

A stone with the names of Morling and Collins was found during the demolition works in 2020. Although unclear where in the building this was placed, it may have been put there during alteration works carried out on behalf of John Collins and William Morling – both names associated with the history of the building.

Cash & Co. boot manufacturers took over by the time of the 1896 Kelly’s Trade Directory and remained in that building until at least 1940-1. By the 1960s the shop had been taken over by Turners Shoes.

The last known shop to occupy the building was Anglia Discount Stores in 1993.