You are here: Home>History>No. 9-10 High Street 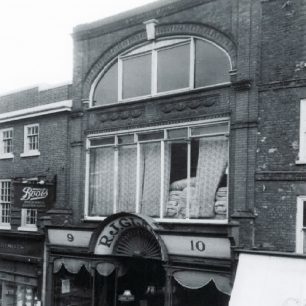 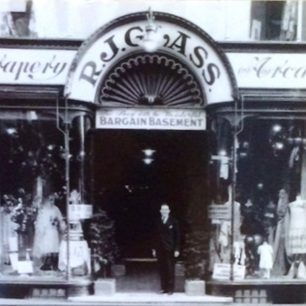 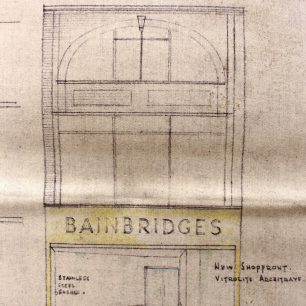 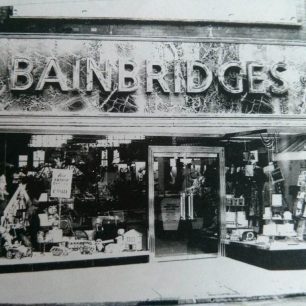 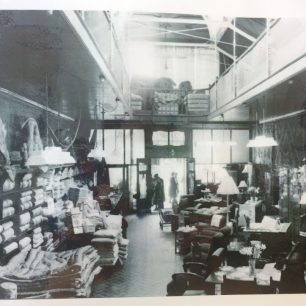 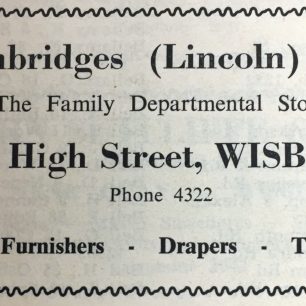 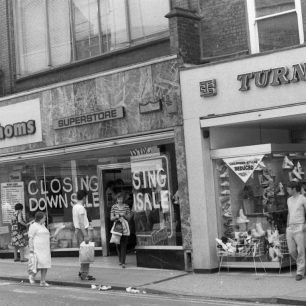 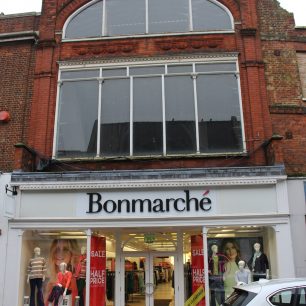 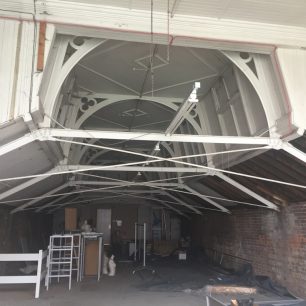 Nos. 9-10, dates to the early part of the 20th century and retains its historical interest with a classically inspired traditional shopfront and large glazed first and second floor frontages with classical detailing set within elegant red brickwork.

There is limited detailed photographic evidence of previous buildings on this site although the numbering would suggest there were two and trade directories and census data support this suggestion.

It appears that during the mid 19th century, Thomas Maxey occupied a chemist shop at No 10 prior to moving to No 8 in 1896. Stephen Gregory & Son Auctioneers were located at No.9 in 1900.

By the time of the 1911 Wisbech Directory, Alfred William May, draper is recorded at no’s 9 and 10. This may suggest the current building dates to around this time. By 1916 Kellys Directory lists Davison and Sellers, drapers at No. 9 and 10.

Robert J Glass ran a house furnishers in the 1930s, presumably the large open upper floor made a perfect showroom for larger objects and displays. Historic photographs show an elegant arched sign over the shop entrance and large sheet glass window displays either side.

From the 1950s to the 1970s Baingridges Department Store was located at 9 and 10, a store fondly remembered by many locals for the best place to go and visit Father Christmas! Photographs held by the Wisbech and Fenland Museum show the interior of the store in 1953.

In 1954 Bainbridges applied to change their shopfront, presumably removing the original early 20th century one, replacing it with modern materials including stainless steel and vitrolite.

By the 1980s it had become Thoms Superstore. More recently during the late 1980s and the early 2000s the shop was a Pound Stretcher. Bon Marche currently occupy the store.