You are here: Home>History>No. 4 High Street 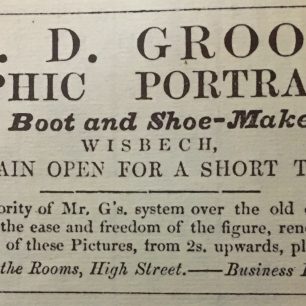 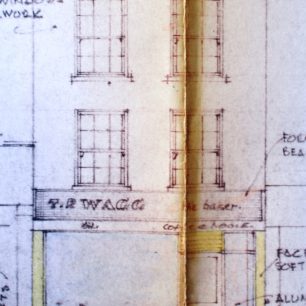 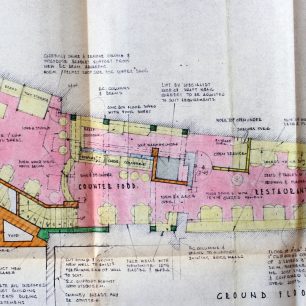 No. 4 High Street is a 19th century, three storey building with a modern shop front at ground floor level.

Research has revealed that on the night of the census in 1861 the building was occupied by Benjamin Bellars, a woollen and linen draper. George Wade a boot and shoe maker was trading from the shop from 1870 until 1896 followed by Harriet Wade by around 1904 (Kellys Directory). An advert for D Grooms Photographic services suggests other small businesses and trades operated out of Wades premises.

During the early 20th century the building was occupied by continuously by various tailors including J.W. Nurse and later Berwicks Ltd from the 1930s to 1950s. Photos from the 1960s show “Ridleys” on the shopfront signs.

Historic planning applications from 1971 reveal an application was submitted for internal rebuilding and alterations of the premises by T.R.Wagg The Bakers of Kings Lynn.

Drivers opticians have been in No 4 since the 1980s.