You are here: Home>History>No. 19 High Street 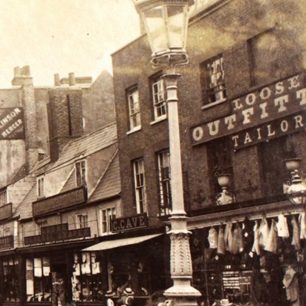 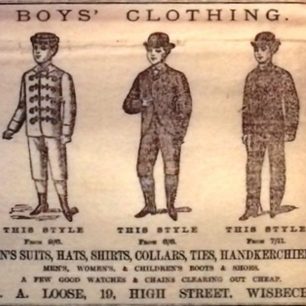 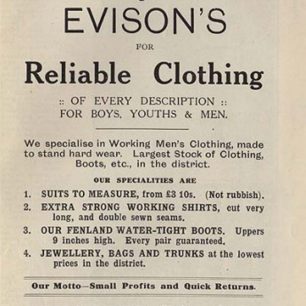 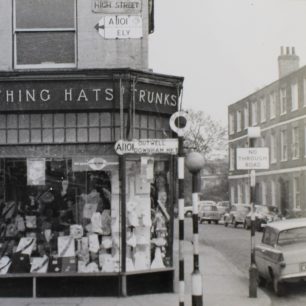 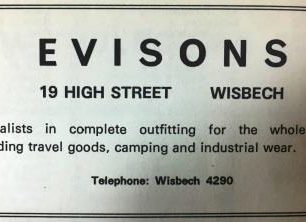 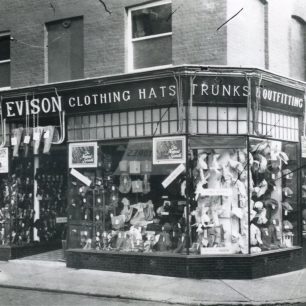 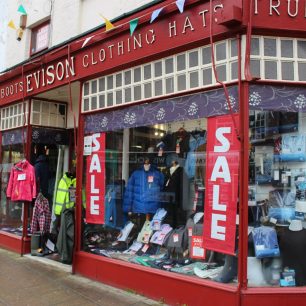 This is one of the most iconic and recognisable buildings on the High Street with its traditional historic shop front with original fixtures and fittings.  It is a three storey building which extends around the corner into York Row.

One of the earliest trade directories from 1830 tells us William Springfield was at this address and was trading as a cooper. At the time of the 1861 census, William is living at over the shop along with his wife Jane Springfield, 2 children, a niece and a servant.

By 1870 the shop is occupied by Alfred Addison Loose, a pawnbroker. However photographs and adverts dating to the late 19th century suggest Loose has expanded his business to become a tailors/outfitters.

We first see the name Evisons appear in 1896 in the trade directory for that year. Where John Torey Evison is listed as a pawnbroker and outfitter. By the early 1930s Evisons is described as a “men and boys outfitter and boot maker” and by the early 1940s Cyril Torey Evison has taken over the business which is still known as Evisons today.

The shop is presently run by the Bullen family.