You are here: Home>History>No. 24 High Street 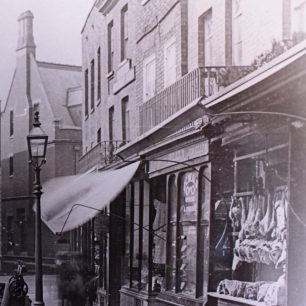 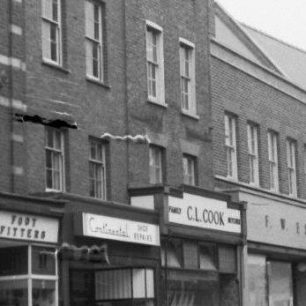 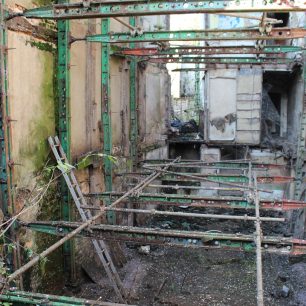 No. 24 High Street was the site of a four storey 18th century building prior to its fatal collapse approximately 30 years ago. Known locally as Cooks Butchers or The Gap there has not been a building on the High Street frontage since that time.

The shop was occupied by John Hives who was described as a hardwareman in the 1850 trade directory. The 1861 census records John living there during that year along with his wife Sarah, two daughters and a servant.

By 1869 the shop was taken over by W Friend and in then 1870, by John Friend who, in the trade directory for that year were described as “Fancy Dealer and London, Birmingham and Sheffield Warehouse”. The 1871 census records John Friend as a general merchant and living at No 24 with his wife Mary, his baby daughter, a servant and a nurse. He is still registered there in 1883 as Birmingham and Sheffield warehouse and marine store dealer, Nene Quay. Interestingly, the plot of No 24 at that time would have also been accessed from Nene Quay and the building which still survives at the rear of 24 today may have been his warehouse..

By 1896, the building became occupied by Thomas Tansley Jr, who was registered on the 1911 census living at the address with his wife Alice, 4 children and 2 servants. He was still there in 1916.

The 1932-3 Kellys Trade Directory lists the occupier as Charles Leonard Cook, butcher. The building remained Cooks butchers until shortly before its collapse in the mid 1980s.