You are here: Home>News>Completion of Demolition Works at 11-12 High Street : December 2020 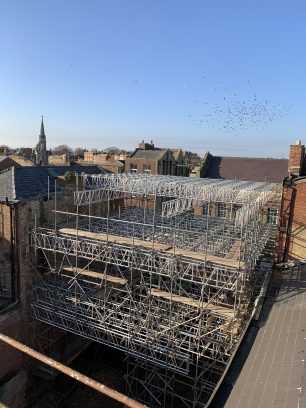 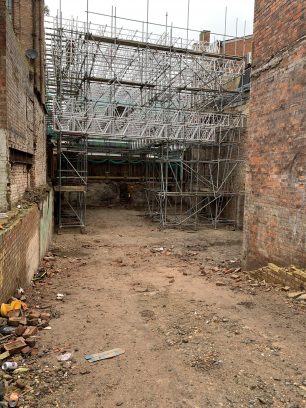 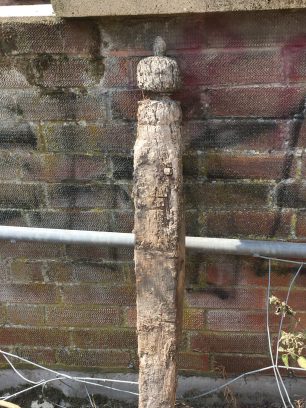 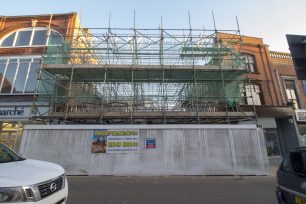 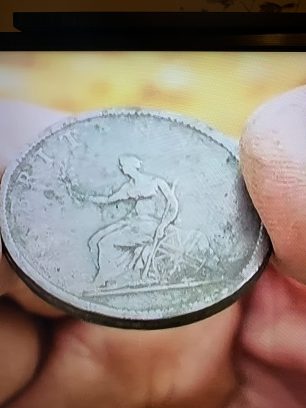 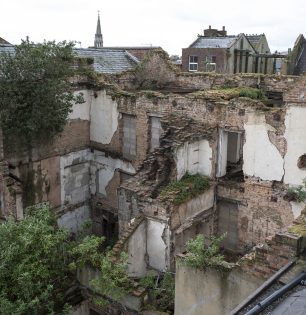 Developers are preparing to begin work on new shops and flats at 11-12 High Street, Wisbech, following the completion of structural demolition works

Local contractors, Humphrey Contracting Ltd, have been working alongside structural engineers to remove the remains of the derelict buildings at 11-12 High Street, leaving it clear and ready for redevelopment. The works needed to be undertaken carefully due to the presence of historic properties on either side. Emergency demolition works had already been undertaken in 2019 to make the buildings structurally safe, and full demolition works commenced in July 2020 after it was agreed that it was beyond the point of worthwhile repair.

During the demolition works, a number of interesting objects were recovered including a newel post, a carved name stone, a small ceramic jar and a coin dated to 1806, The coin which dates to the reign of King George III was found embedded in the brickwork of the façade, and therefore possibly dates the construction of the building. To read more about the history of Nos 11 and 12 High St, have a look at the History pages of the website. Archaeological monitoring also took place during the demolition works. More information to follow once the report is available.

This is the latest regeneration scheme to be facilitated through the Wisbech High Street Project, which is funded by The National Lottery Heritage Fund’s Townscape Heritage scheme.

The Council purchased 11-12 High Street from its previous owner in 2018 in order to save it from further dilapidation and bring it back into use as part of the regeneration project. Since then the Council has been working with a private developer. Planning consent has been granted for residential flats and ground floor retail units, and an application to fund the redevelopment through the Wisbech High Street Project will be made to The National Lottery Heritage Fund in the next few weeks.