You are here: Home>New contributions>"The Big Dig" by Chris Green

"The Big Dig" by Chris Green 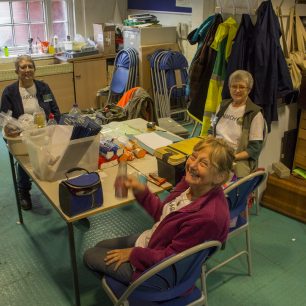 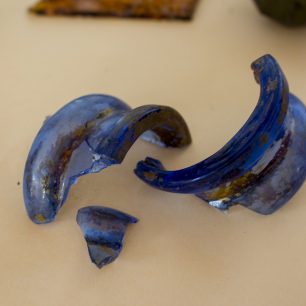 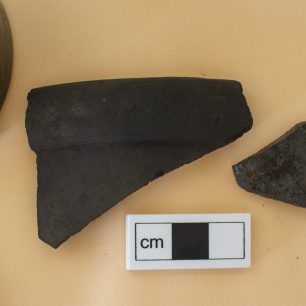 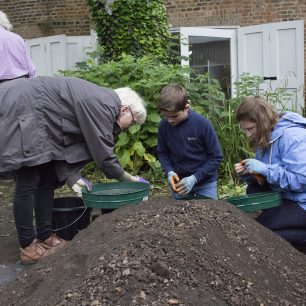 At last the big day had come to dig in the garden of Wisbech Museum. At 8.30 full of anticipation we converged on the garden to begin clearing the stinging nettles. Lydia and Neil from Archaeological Project Services (APS) set up two test pits to start with and FenArch members finished putting together a fantastic display including some finds from recent projects as well as a replica Roman uniform, swords, helmets and pottery.

We also had a very informative display from Taleyna Fletcher about the Wisbech High Street Project which funded the investigation as part of their Heritage-related Activity Plan.

We set up activities for children including a sand pit with real artefacts, provided colouring in sheets and a ‘Nine Mens Morris’ game which the Young Archaeologists had replicated from a real pottery find.  The children and adults also enjoyed  the free Drum Stick Lollies.  All the equipment for the week was on loan from FenArch Archaeological Society.

Very soon members of the public started to arrive all keen to dig, sieve and wash finds. Everyone was given a safety induction and issued with their dig kit comprising a bucket, brush, hand shovel, kneeler, gloves and most importantly a trowel.

The finds washing tables were set up in the court yard and FenArch were on hand to help the public with washing finds and give tuition in best practices.

Half way through the morning a small spoon was found which we are still awaiting confirmation of, could it have been either a Roman Ear Wax Spoon or a Georgian Apothecary Spoon. There was a doctor living at the house at one time.

But unfortunately 4 o’clock came round very quickly and day one had come to an end however all the public volunteers and FenArch members had had a great day with loads of finds and lots of stories to tell.

As well as washing all the finds we also washed some glass bottles with marbles inside them, a ceramic jar and two ceramic bottles which once had Ginger Beer in – these had all been found in the museum garden and were in a very green slimy state.

By now we had 14 finds trays waiting to be washed. The digging was going well and there was no sign of the thunderstorms and rain that had been forecast!

This is when the digging really heated up we opened two new test pits. TP 4 was taken down to a concrete layer there was also a length of metal possibly from a window surround.

TP 1 was getting busy with all sorts of finds the first two pieces of the beautiful blue glass ‘Cold Cream’ Jar which was very carefully cleaned and dried and placed in the display cabinet for all to see.

We had some of the 8-16 FenArch Young archaeologists come to dig for a while and Mike Forrest, one of the Wisbech High Street Projects photographers came along to capture some great images of the day.

In the morning. the volunteer archaeologists found a large burnt worked stone which was thought to have come from the former boiler-house. Whilst one of the washing team was washing a piece of pottery Neil came over and said that’s Roman Pottery wow – we did not expect that, what a find, this had came out of the large TP3.

TP 3 also produced a 1967 old penny so this dated a milk bottle from Preston right next to it.

Steven Barclay MP paid us a visit to see what was happening and to have a look at the finds and displays before he jumped into a test pit and joined in with digging.

Taleyna’s daughter Alice came to visit had a great time in the sand pit maybe another budding archaeologist like her mum.

Quite early on the last day two more pieces of the lovely blue glass ‘Cold Cream’ jar turned up in TP1 this was brilliant as it meant we had nearly all of the jar, again this was washed and placed carefully in the display cabinet. In TP3 a metal pin from a large brooch was also found.  In TP1 a glass vial was found and discussion as to what it was for went on for several hours was it possibly a morphine vial?

At lunch time three of the FenArch ladies could be found in the workroom enjoying a well earned coffee before the afternoon session. The afternoon brought loads of public volunteers and the afternoon was very busy with most people trying to finish all the finds washing.

Unfortunately we soon came to the end of the dig, everyone was happy, dirty and tired. The volunteers, FenArch members, professional archaeologists and everyone involved will all go away with lasting memories of a great dig with lots of learning and laughs.