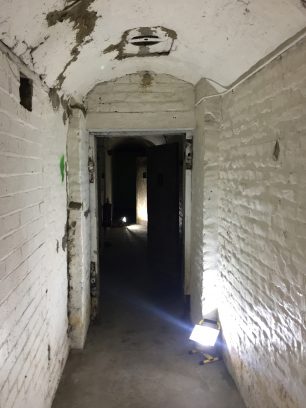 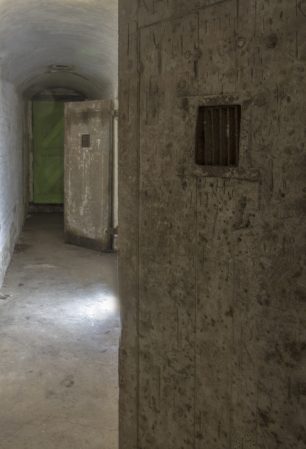 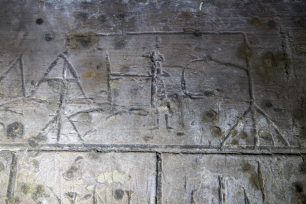 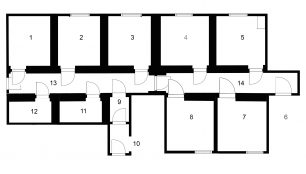 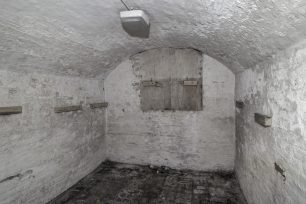 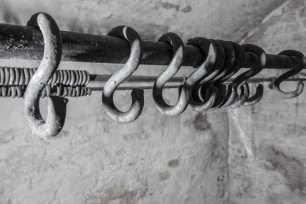 To take a virtual tour and explore the cells beneath the Wisbech Sessions House, follow this link

The Wisbech Courthouse was in use between 1808 and 1957 to provide a ‘decent place’ to hold the County Courts & Quarter Sessions dealing with the most serious criminal cases & administrative matters. Petty Sessions for more ‘daily’ issues were held here every Saturday at noon. Queens Counsellors and Justices of the Peace heard the cases and would have been extremely respected in the town to the point where crowds lined the street upon their arrival. Prior to 1808 a Travelling Court was held at the Rose & Crown Hotel. In its day, Wisbech Sessions House had a reputation in UK for handing out harsh sentences. Justice meant punishment and sentences were notoriously severe. All kinds of perpetrators from all walks of life crossed its threshold.

Built in 1808 and Grade II listed in October 1983, the Sessions House was designed by local architect Thomas West. It has five original recessed twelve-paned hung sash windows and the main entrance (excluding a modern door) with wording ‘Sessions House’ all date from 1808. The building originally consisted of a large court room, Magistrates room, a grand living space for the resident and visiting judges. It included a washing facility with ‘privvy’with water bought to the room by a servant.

The Turnkey, the keeper of the keys, would have had access to a private room to rest, though not luxurious. A small standard room would be set aside for jurors and another for those called to give evidence. The resident butler and cook would live-in to cater for late night deliberations of sentences. In stark contrast to the lavish accommodation allotted for the ‘great & the good’ the cells below street level are worlds apart.

There have been many changes to the internal layout over the years though it still retains many original features including the Magistrates room, fireplaces, staircases and exercise yard.