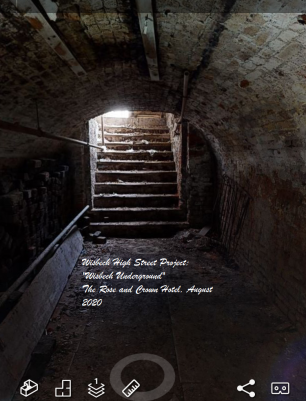 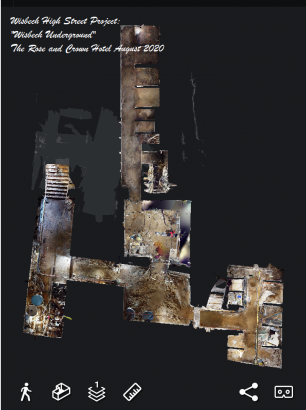 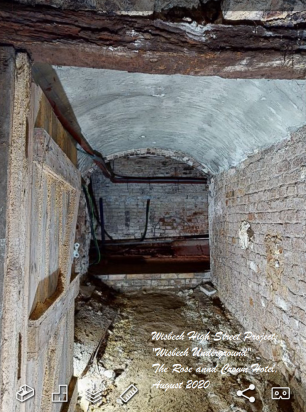 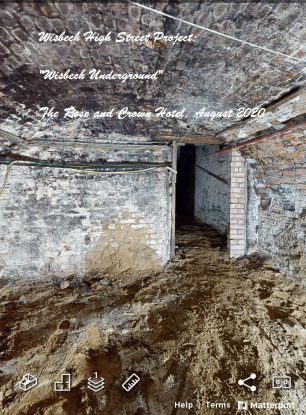 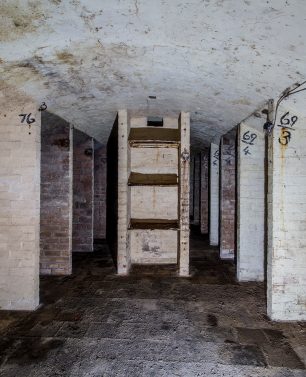 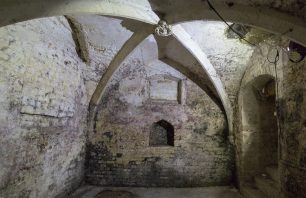 Researching, mapping and providing interpretation on the underground locations around High Street

Wisbech town centre contains a huge number of cellars, storage vaults, drainage tunnels, crypts and passageways, many of which link back to when Wisbech was a major port from the 17th century onwards.

A dedicated group was set up at the start of the project who investigated the origins and uses of many of these space and their results have been presented through talks and displays.

The Wisbech High Street Project had initially hoped to arrange for public access to some of these underground spaces, however, with so many in private ownership and unsuitable for safe access, we have taken the decision to carry out 3D laser scans of 3 or 4 locations (or as many as our budget will allow!).

Starting with the Rose and Crown cellars in August 2020, a team of professional surveyors and historic building experts undertook scans, photographic surveys and compiled new reports on the locations accessed. Once restrictions are lifted on social gatherings, we will hold an event to showcase the results along with a demonstration of the scanning equipment used.  In the meantime, you can take a virtual tour of the places accessed so far and read about the history and development of these fascinating and unique historic locations:

If you have any information about the tunnels or would like to suggest a location for us to consider scanning, we would love to hear from you.. email Matt: MWright@fenland.gov.uk